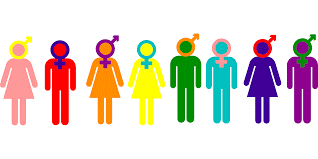 When I started working as an editor, I came to despise the word “nauseous,” not because of what the word evokes but because I felt nauseated by its misuse. The word “nausea” is a derivative of the Greek word for ship, “naus.” With its “–ea” suffix, it was a name for seasickness, but now “nausea” extends to anything that makes one feel bilious.

People usually describe this sensation, though, as “feeling nauseous.” When I came across this usage, I would say, “If you feel ‘nauseated,’ you want to barf. If you’re ‘nauseous,’ you make other people want to barf.”

The above response landed me well inside the language prescriptivist camp. I stood opposed to all those squishy rule-benders, and sometimes I even felt distressed at the way modern usage challenged the rules of the English language as I had learned them.

Over time, however, I noticed how language is continuously evolving, not only to accommodate terminology that describes new behaviors and technologies (see “selfie,” or “ping,” in the sense of “make a brief request for a response”), but also to acknowledge the way people use language. I also noticed that linguistic gatekeepers often resist inclusion of other cultures and societal norms. (For an excellent example of this, read this Smithsonian Magazine feature about the history of “ask,” “ax,” and “aks.”)

If you read the classic reference tome Fowler’s Modern English Usage today, for example, you’ll find plenty of rules and guidelines that are still considered “correct” alongside others that seem utterly anachronistic. This is not surprising, given that Henry Watson Fowler’s prescriptivist reference book was first published in 1926.

Today, I consider myself a descriptivist as much as a prescriptivist. I still want to hold that line on “nauseous” but am also willing to allow “over” instead of “more than” when describing a group of items in larger numbers, a relatively recent AP Stylebook change that acknowledges contemporary usage. Mignon Fogarty (known on the Internet as “Grammar Girl”) noted this change in her 2014 post, “More Than” Vs. “Over”: A Big Change at the Associated Press, an excellent read if you, too, are interested in the nitty-gritty details of our linguistic evolution.

Gender pronouns are part of language change to allow inclusions

In college in California in the 1980s, I became increasingly sensitive to the male-centric pronoun “he” for people of any sex or gender, and the noun “man” for all humans, male and otherwise. I painstakingly edited for inclusion, using “his/her,” and “he/she.” So I was delighted to learn of the movement to use “they/their” as gender-neutral pronouns in place of “his/her.” To me, this seemed a justifiable bending of the rules as I had known them. Even William Strunk Jr. and E. B. White’s classic guide Elements of Style, first published in 1920 and still required reading for many undergraduates today, updated its fourth edition in 2000 to include “They. He or She,” in the chapter on “Misused Words and Expressions,” advising the writer to avoid an “unintentional emphasis on the masculine.”

They/them/theirs has shot up in popularity in recent years as a personal pronoun for non-binary people. Despite what your third-grade English teacher might have told you, there is nothing incorrect about using they singularly. In fact, they is taking off in a way that ze or per or co or any of the hundreds of other invented pronouns never did precisely because of its existing “off-label” use as a singular pronoun.

Editors must recognize inclusion as part of language change

Editors today must think deeply and broadly about inclusiveness, as people now identify not only as male and female but also as gay, lesbian, bisexual, queer, intersex, transgender, gender-nonconforming, non-binary, and more. The above-referenced Radical Copyeditor website offers an excellent set of guidelines for anyone interested in respecting and including all individuals when editing for inclusion. (The entry on writing about transgender people also warns against using the guidelines to shame others for “incorrect” usage of the terminology.)

As editors, we are our language’s standard-bearers and gatekeepers; as such, we need to remember to continually allow our language to change and grow with us, rather than labeling novel ideas and usages “incorrect.” Despite my efforts to hold that gate, however, I expect to see “nauseous” replace “nauseated” in dictionaries during my lifetime, as that’s what people really say.

Photo by Dawid Zawila on Unsplash

Risë Keller is a Boulder Editors member and has worked as a writer and editor of nonfiction and fiction for over three decades. Risë is writing her first novel and occasionally blogs at Travels in My Backyard.

View all posts by Rise Keller

2 comments on “Editing for Inclusion”