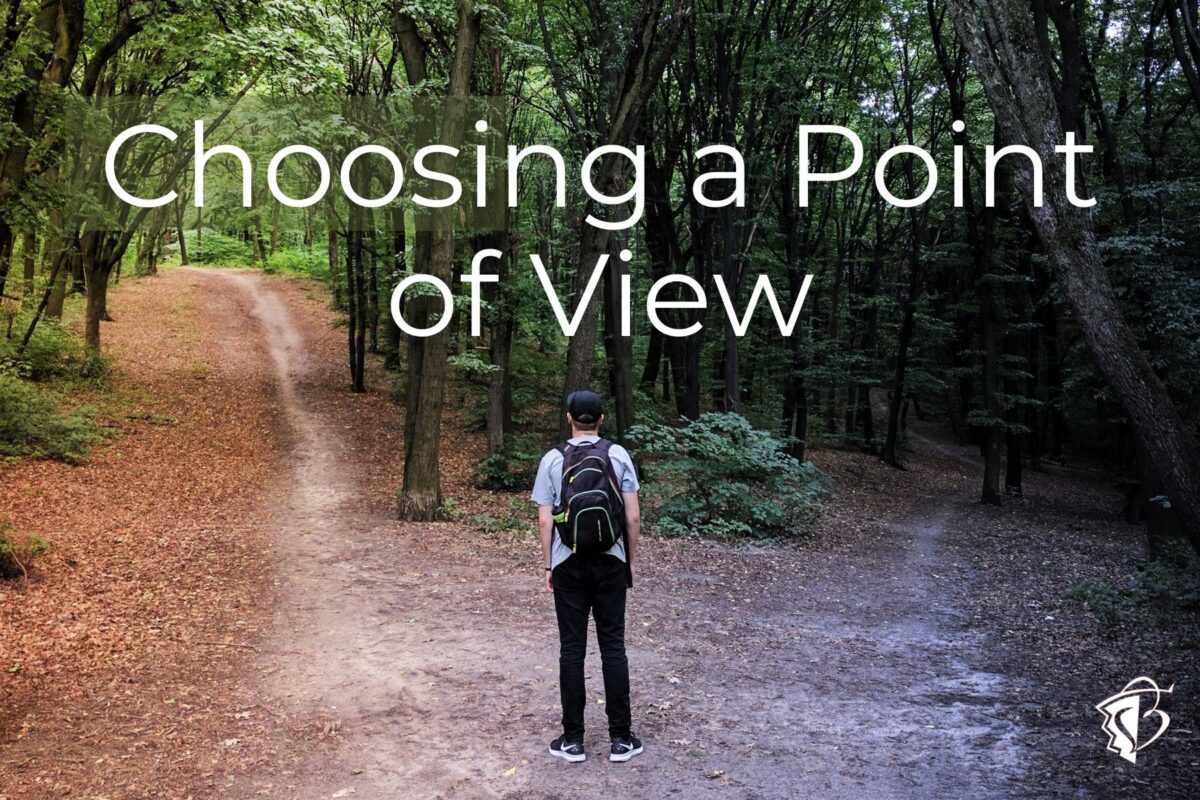 As an author, one of the most important decisions you must make is what point of view you choose to use to tell your story. Point of view influences everything from how close readers feel to your characters to your word choice and sentence structure. It is the lens through which you tell your story.

Often the choice in point of view is instinctive. A writer simply starts writing, and the story comes out in first person or third person close or another point of view. While this method does work, it’s good to pause and think about the story you’re writing to make sure you’re using the best point of view. Ask yourself these questions to pick a point of view for your story:

What genre are you writing?

Certain genres favor certain points of view because that perspective is better at conveying and fulfilling that genre’s tropes and conventions. Young adult novels at their core are coming-of-age stories, so they tend to use first person or third person close to reveal their character’s thoughts and emotions.

Action and adventure stories are all about fast-paced external conflict, so third person close or omniscient points of view often work best. For some reason, most romance novels are written in third person. There are some successful first person ones, but it seems readers prefer third person close.

Memoirs and autobiographies should be written in first person. When telling a story, I wouldn’t say “Caitlin jumped when a bear stepped out of the bush.” I’d say, “I jumped when . . .” When authors refer to themselves in third person, it feels like they are withholding information – it makes your readers distrust you.

Because fables, mythologies, and fairy tales are about archetypes and messages, they often use omniscient point of view.

Does your story include more internal or external conflict?

First person is inside the character’s head, so it’s a great choice for stories that involve a lot of internal conflict. Third person limited can also reveal the internal life of a character if the author uses direct thoughts and really dives into their character’s inner life.

Omniscient is the most distant point of view, meaning it doesn’t share many character thoughts or emotions, so it can be a good choice for pieces with a lot of external conflict. However, omniscient can easily become too distant, so many authors use a more distant third person instead.

Is your story about one character, multiple, or an entire town/world?

If your story focuses on one character and their journey or change, first person or third person are often the best choices because they allow the author to dive into their character’s heads. This is why they are the preferred points of view for young adult literature.

A story that’s bigger than one character might be more effective in omniscient, a more distance third, or multiple points of view. Stephen King’s novels are often about a whole town – think about his infamous Carrie. Fantasy and science fiction can be more about a new world than any one character. First person and a really close third person point of view can be too limiting to tell these stories.

Do you want your reader to actively participate?

Then you might consider second person. Second person is one of the most difficult points of view to pull off because readers don’t like to be told what to do or think, which is exactly what second person does. Readers are willing to put up with this in short stories and song lyrics more often than in novels.

In second person, your reader is the point of view character, so it’s a great choice to get them to walk in someone else’s shoes. The short story collection Self Help by Lorrie Moore is an excellent example of this. If you’re writing a video game, a choose-your-own-adventure, or a board game story, second person is often the most effective point of view.

Is your character’s voice strong and interesting or weak and annoying/boring?

Sometimes a character’s voice is so distinct and entertaining readers want to be steeped in it for a whole book. They will read the book for that character’s perspective. Fans of The Iron Druid Chronicles by Kevin Hearne read the novels for Atticus’s perspective. This is when first person point of view really shines.

In other situations, a character’s voice is annoying or it would be boring or disgusting to be in their head for the whole novel. This is when third person can be a better choice. Transference by Kate Jonuska is in third person because it would be overwhelming to be constantly in Dr. Verbank’s head. Third person allows the author to use their words for the story instead of filtering everything through the character’s mind.

Does your reader need to know things your character doesn’t or vice versa?

If you want your character to keep secrets from your reader, don’t use first or second person. In these points of view, the reader is always in the character’s head. They see everything the character thinks and feels, so that character will have a hard time keeping things from the reader. The one exception is unreliable narrators. If your first person narrator is unreliable, then they can lie to the reader and keep secrets. An example is The Girl on the Train by Paula Hawkins.

If you want your reader to know things your character doesn’t, use multiple points of view, third person, or omniscient. Think of a horror novel (or movie) where the reader knows the monster is behind the door the character is about to open. The author reveals the monster’s location to the reader but not the character to build suspense and tension.

Because first and second person points of view are filtered through the character’s perspective, it’s really difficult to reveal something to the reader without the character knowing it too.

What are your strengths as a writer?

There are, of course, exceptions to all of these situations. The questions above lead you to the point of view that’s easiest to execute for the type of story you’re writing. First person is designed to get inside your character’s head; omniscient isn’t. Can you show internal conflict through omniscient? Absolutely, but it’s much easier to do with first person. Which point of view is best for your story will depend on your unique piece. Use these questions to make an informed choice and Ignite Your Ink.

Caitlin Berve is a fantasy author, editor, and speaker. Through Ignited Ink Writing, she edits novels, creates video tutorials, and writes. Using her MFA, she teaches creative writing at conferences, colleges, and Colorado writers’ organizations. Her collection of modern fairy tales, When Magic Calls, is available in paperback, ebook, and audiobook formats most places books are sold. Caitlin seeks to fill the world with the kind of writing that lingers with readers and find magic in modern times.

View all posts by Caitlin Berve