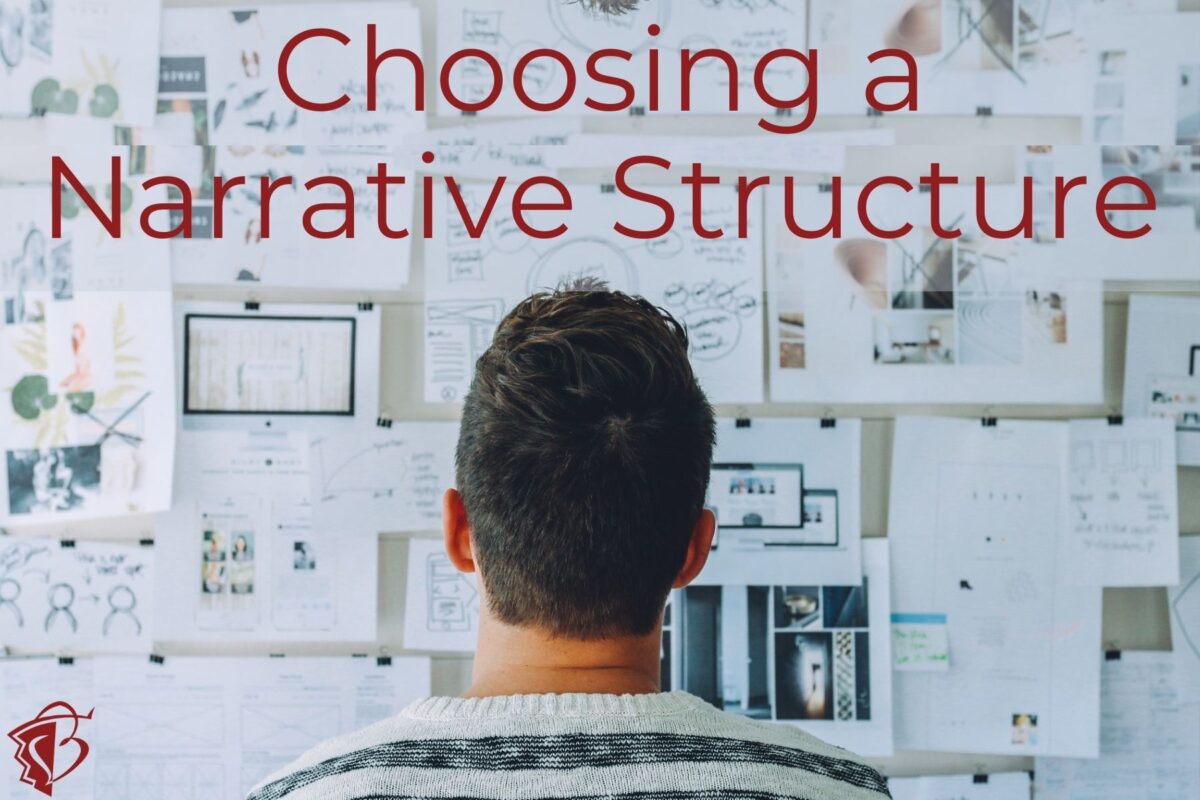 Fiction has an obvious story arc, but memoirs and narrative nonfiction benefit from a structure that supports compelling storytelling too. Consider that your story, whether real or imagined, has a protagonist: you, if you’re writing a memoir, or a main character, if you’re writing narrative nonfiction, like Tracy Kidder or Susan Orlean. Even a self-help book has a protagonist—it’s the reader.

Writers in all genres benefit from storyboarding, outlining, or other processes that help them structure and pace their story. Suspense writer Dean Koontz follows a formula that’s served him well for more than 150 novels:

That’s a simplified riff on a centuries-old narrative arc. The basic story elements—an opening, a crisis, a series of challenges, a climax, and a conclusion—are the foundation of many stories, but the order you tell them in depends on the narrative structure you choose. Here are some of the most common.

The hero’s journey is Joseph Campbell’s concept of the monomyth, a storytelling pattern reflected in the mythology of many cultures. You know it in part because George Lucas’s Star Wars was heavily influenced by Campbell’s 1949 bestseller, The Hero with a Thousand Faces. This structure can be found in thousands of books, including Jane Eyre, The Wonderful Wizard of Oz, and Where the Wild Things Are. In nonfiction, look to Dan Millman’s Way of the Peaceful Warrior. These are the steps in the hero’s journey:

The three-act structure, a simplified version of the hero’s journey, works especially well for plot-driven fiction (and memoir). Here, the story has a discernible beginning, middle, and end. Think The Hunger Games, To Kill a Mockingbird (a character-driven story that plays like a memoir), or even Eat Pray Love. The acts go like this:

The opening establishes the status quo and introduces the inciting incident that sets the story in motion. The act culminates in plot point one: the protagonist decides to go all in.

The protagonist learns the lay of the land, and the stakes rise. Enemies and allies are revealed. At the midpoint of this act, something threatens to upend the mission. The act closes with plot point two, which finds the protagonist at a particularly low ebb. Their ability to succeed is in doubt.

The protagonist chooses between decisive action and failure. The story heads to a climax in which they face off against the antagonist and a conclusion that ties up loose ends. The protagonist moves on to a new normal.

Described in John Gardner’s The Art of Fiction, the Fichtean curve (named for German philosopher Johann Gottlieb Fichte) catapults immediately into tension and minicrises that keep readers turning pages. The inciting incident happens right away, followed by rising action that reveals the theme and narrative detail. This is a natural structure for thrillers, memoirs, or narratives that make use of flashback, like Celeste Ng’s Everything I Never Told You. A Fichtean curve could follow this pattern, though the exact number of crises is up to the author:

Latin for in the middle of things, in medias res begins the book midway through the story. The stakes are already high, and the rest of the rising action is devoted to filling in the blanks and explaining to readers why this conflict exists—all while continuing to build tension. Plenty of great stories start in the middle, such as Homer’s The Iliad and Neil Gaiman’s American Gods. The in medias res narrative structure delivers the story in this order:

While you don’t have to follow an established structure, it helps to learn narrative conventions before breaking from them. That said, there are plenty of instances when it’s worth abandoning tradition to try something fresh. A long-form story might be comprised of several sections that each contain their own narrative arc. Or you might choose to play with perspective, as in Christos Tsiolkas’s The Slap or Sarah Waters’s Fingersmith, both of which tell the same story from multiple points of view.

Whether you start with a familiar structure to guide you or build your plane as you’re flying it, you’re a writer, and writers bring entire worlds into being. How you frame and present that world is, inevitably and happily, up to you.

Maggie McReynolds has been writing ever since she was old enough to hold a crayon. Her first book was “published” in her elementary school library, and her most recent, Un-Settling, is available on Amazon. A longtime journalist, magazine columnist, and editor, she is the founder of Un-Settling Books, a collaborative book writing, editing, and self-publishing program for beginning and experienced writers. Maggie believes in the power of story and the magic of the changing narrative, both on the page and in real life, and is a fierce advocate for refusing to settle for the status quo.

View all posts by Maggie McReynolds

19 comments on “Tell Me a Story: Choosing a Narrative Structure”