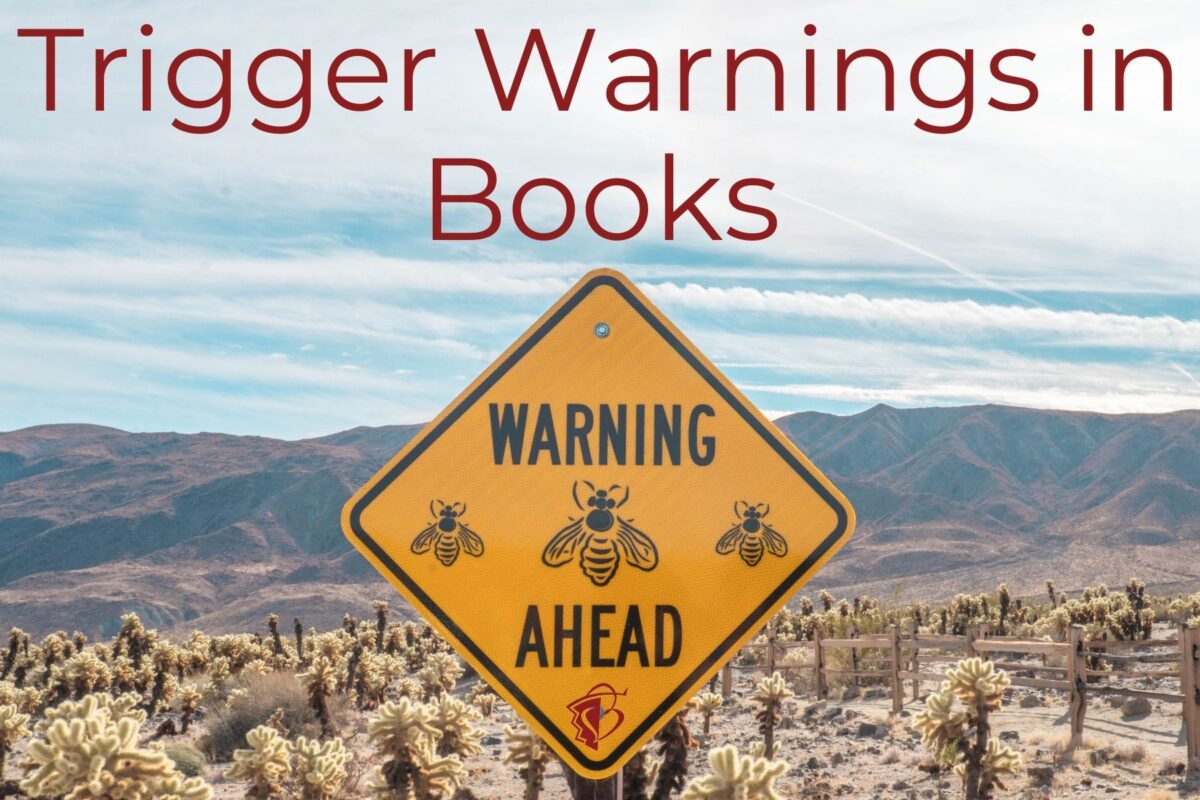 A few years ago, I submitted a chapter from my novel to a fiction workshop for reader feedback. One classmate was angry that the chapter, which included a rape scene, wasn’t prefaced by a “trigger warning.” I’d never heard the term before, but I knew what she meant. After the workshop, the woman rushed off before I could speak to her; she dropped out soon after.

That experience revealed to me how strongly words can affect readers. But while I’m sorry my chapter caused pain, I still believe a writer’s task is to strive for truth and authenticity. Writing a memoir, novel, essay, magazine article, or blog post sometimes requires authors to tackle some tough topics, including content that might be psychologically or emotionally difficult to read, especially to those who have experienced a trauma or have been diagnosed with posttraumatic stress disorder (PTSD).

So how do we balance realistic depictions or discussions of challenging content with the needs of readers who could potentially be traumatized? Trigger warnings might—or might not—help.

Ratings and content warnings for motion pictures, TV shows, and streamed content are common, but warnings on books and other print media aren’t. If a trigger warning does appear, it alerts readers about traumatic content so they can prepare themselves or opt out altogether. Theoretically, trigger warnings prevent readers who are highly sensitive to a topic or who suffer from PTSD from experiencing extreme distress or having flashbacks or panic attacks.

In books, these alerts can be found on the cover or dust jacket, on the copyright page, or on another page near the front of the book. Sometimes the book itself contains no trigger warning, but book reviews or the author’s online synopsis contain cautionary statements about sensitive subject matter. In articles or blog posts, the warning can be placed under the author’s byline.

Also, people respond differently to traumatic events. “The impact of trauma can be subtle, insidious, or outright destructive,” states Trauma-Informed Care in Behavioral Health Services, a publication of the US Substance Abuse and Mental Health Services Administration. “How an event affects an individual depends on many factors, including characteristics of the individual, the type and characteristics of the event(s), developmental processes, the meaning of the trauma, and sociocultural factors.”

Ironically, anecdotal evidence shows that content that could trigger flashbacks in one trauma survivor could be healing for another. And some behavioral scientists believe that trigger warnings themselves can be traumatizing. (More on that later.)

Some people argue that trigger warnings are a slippery slope into censorship. However, content warnings are completely optional in print media. You are not required to include a warning—although your editor or publisher might advise or insist you do so. (Content warnings aren’t technically mandated on films either, although most movie theaters won’t screen films that haven’t been rated by the Motion Picture Association.)

Whether we’re for or against content warnings, most of us would agree that censoring writers is never good, and even difficult content has merit:

Also, a content warning could potentially allow writers more freedom of expression if they tend to self-censor out of fear of being accused of thrusting severe content upon unsuspecting readers. For instance, adding a trigger warning to a memoir about trauma could allow the author to be candid, knowing she’s given readers who might find the material too distressing or who suffer from PTSD the ability to determine whether the content is personally okay for them. (I wonder: What might have happened had I alerted my fellow workshop writers to the rape scene?)

Scientists have been researching trigger warnings for years, and so far, there seems to be little evidence supporting their use.

In 2019, a team at New Zealand’s University of Waikato conducted a series of six experiments using 1,394 participants. “[Our] results suggest a trigger warning is neither meaningfully helpful nor harmful,” the researchers concluded in their article “Trigger Warnings Are Trivially Helpful at Reducing Negative Affect, Intrusive Thoughts, and Avoidance,” which was published in Clinical Psychological Science.

Similarly, a Harvard University study published in Clinical Psychological Science in 2020 found that trigger warnings were not helpful for trauma survivors. Researchers randomly assigned 451 trauma survivors to either receive or not receive trigger warnings before reading passages from world literature. “We found no evidence that trigger warnings were helpful for trauma survivors, for participants who self-reported a posttraumatic stress disorder (PTSD) diagnosis, or for participants who qualified for probable PTSD, even when survivors’ traumas matched the passages’ content,” wrote the researchers in their article “Helping or Harming? The Effect of Trigger Warnings on Individuals with Trauma Histories.”

The Harvard researchers did find, on the other hand, “substantial evidence that giving trigger warnings to trauma survivors caused them to view trauma as more central to their life narrative,” which can lead to elevated PTSD symptoms. “Trigger warnings may harm survivors by increasing trauma centrality.”

Though this research is important to consider, none of it means that a trigger warning isn’t helpful to some people some of the time. Ultimately, the decision to warn or not to warn is up to you. If you need a second opinion, consult with your editor.

In his memoir Over the Top: A Raw Journey to Self-Love, author Jonathan Van Ness includes a sensitivity warning in an author’s note at the front of the book. This warning is stated in a reassuring way, and it offers suggestions for finding help rather than predicting a traumatic response.

Van Ness writes: “While this book has hilarious fun moments, it also discusses tough issues. While there aren’t graphic details, if you’re a survivor of sexual abuse, or struggling with addiction, please utilize the resources pages in the back of this book.”

Laurel Kallenbach is a book editor and a writer who has far too many words in the current draft of her novel. She has a master’s degree in creative writing from Syracuse University and is a graduate of the Lighthouse Writers Workshop Book Project. She can be found online at LaurelKallenbach.com.

View all posts by Laurel Kallenbach